okay? is this a good or a bad idea?

Well, it's good but you have to be skilled enough in Math and be good at finding jobs so that you won't end up a measly registrar or something like that. O_O

I will take this up. 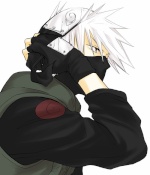 Jajamon wrote:I will take this up.

Good luck then. Good luck for a 4-year Mathematics session.

Thanks. But I expect it to be easier, the math sessions. I mean, it does not require domain and range and the cartesian plane, right?

Jajamon wrote:Thanks. But I expect it to be easier, the math sessions. I mean, it does not require domain and range and the cartesian plane, right?

Yes. You lot just have to deal with fractions, percentages, and lots of charts. So you've got to be organized if you'll take this up.

My source: I took 1st Quarter accountacy in my previous school. The 1st section Grade 7'ers are taking that up in our school right now.