could you make an opem forum

would be sooo EPIC! haha just imagine if everyone opened up and stuff

Thank you for the suggestion 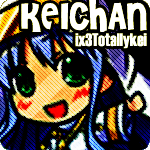 yeh.thts good. we should at least have an open forum once a week

would be sooo EPIC! haha just imagine if everyone opened up and stuff